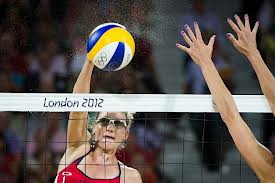 The story caught my attention because it’s about sports and justice—two things I’m passionate about. As a coach and parent, I’ve become increasingly concerned about another form of injustice taking place in locker rooms, living rooms, and around water coolers across the country.

A frustrated middle school boys’ coach calls a time out and yells at his players, “You look like a bunch of girls out there! Come on ladies, get your heads in the game!” A dad says to his five-year-old son, “You’re throwing like a girl. Let me show you the right way to throw a baseball.” A high school football kicker misses a field goal that costs his team the game. The next day, he opens his locker and finds it full of tampons.

There’s a common message in all of these scenarios. Femaleness is equated with being weak, passive, and a loser. The accompanying message associates maleness with strength, aggression, and victory.

Sadly, kids and adults are as likely to hear this message at home and at the church picnic, as they are to hear it on the school playground or the local youth sports league. It’s the same kind of language we’ve heard for decades, kids calling each other “sissies” and men calling each other “pussies.” But in 2013, we can do better.

Coaches and parents, please ask yourselves the following questions:

In his book Setting the Captives Free, pastor and domestic violence educator Ron Clark says “labeling feelings and behavior as male or female” keeps men from becoming like Jesus. We stunt the social and spiritual development of boys and men in our churches when we offer a narrow, impoverished view of masculinity. Similarly, we constrain the development of girls and women when we offer constricting ideas about what it means to be feminine.

“The NFL has a masculinity problem,” said Michael Geertsma in a recent article on the Dolphins incident. “The same could be said of the church.”

If we want to raise boys and girls to become healthy, whole men and women who live and love like Jesus, we must release our gender stereotypes and embrace the complexity and paradox of being human. As image-bearers of God we are all strong and vulnerable; brave and fearful; aggressive and peacemaking.

People have told me that I’m “ballsy.” One of my mom’s friends once said that he imagined her strapping on her cojones(Spanish for “balls”) each morning before going out to take on the world. Isn’t it interesting that we choose to name a sex organ, even one a person does not possess, rather than choosing to name the character quality we see in that person? Courage, boldness, strength and tenacity are gifts of character that come from God, not from a pair of testicles.

When male athletes aren’t giving their best in practice, don’t say they’re playing like girls; tell them they’re playing sloppy or lazy. Be precise with your language. Then find a way to inspire them to work harder that doesn’t involve throwing half of humanity under the bus. As your athletes observe your on-going love and respect for women, they’ll gain a role model they can truly respect and emulate.

Speaking of “the tongue,” Jesus’ brother James said, “Sometimes it praises our Lord and Father, and sometimes it curses those who have been made in the image of God” (James 3:9 NLT). Think about the cumulative effect that sexist language will have on a girl over the course of her life. The words we choose matter; they have the power to bless or to curse.

Some Christians write off all discussions of language as “political correctness” or “language policing.” In doing so they excuse themselves from the hard work of empathy, self-awareness and theological reflection. My hope is that many more followers of Jesus will take seriously our responsibility to use the power of our words to make our culture, particularly our youth sports culture, an empowering place for all young women and men.