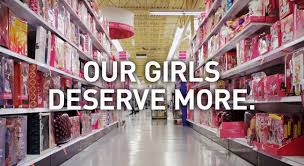 My article “Why This Year’s Super Bowl Ads Were Less Sexist” was published by Red Letter Christians today. Here it is:

If you’re a regular Super Bowl watcher, you probably noticed that this year’s commercials were different from those of past years—they were notably less sexist. While a few ads still sank to Mad Men lows, overall, fewer ads contained hyper-sexualized, objectifying depictions of women. And some ads were distinctively empowering.

What caused this departure in Super Bowl advertising? Why did some of last year’s worst offenders like web hosting company Go Daddy take a decidedly different approach this year? 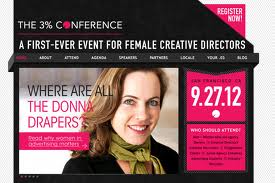 Kat Gordon, advertising veteran and founder of The 3% Conference, believes that much of the credit goes to groups like The Representation Project and Miss Representation whose #NotBuyingIt and #MediaWeLike campaigns have empowerd people to call-out sexist misrepresentations of women and girls in the media and to praise advertisers when they get it right.

“I believe [The Representation Project and Miss Representation] are absolutely a force that has gotten on the radar of brands,” Gordon said in a live Google chat Wednesday about this year’s Super Bowl ads. Speaking to a member of The Representation Project, Gordon said, “I really love what you have mobilized and [that you’ve] given people a way to talk back; giving brands a way to listen in and respond. I really credit you for being the force that has changed the flavor and temperature of the ads this year.”

“More than 80% of all purchases are made by women,” Gordon says on the conference website. “Yet most women say they don’t like the way they’re marketed to.” Gordon gave The 3% Conference its name because women make up only three percent of the Creative Directors in advertising agencies.

As followers of Jesus, we’re called to align our passions with God’s passions and “to promote justice” (Micah 6:8 NET). We live in a culture that habitually devalues women, subtly and overtly. Much has changed since Jesus walked the earth two thousands years ago, yet women and girls continue to be objectified and marginalized. 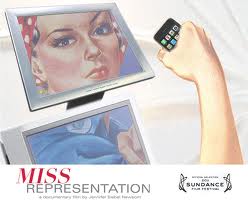 The movement sparked by the Miss Representation documentary and The Representation Project reminds me of Jesus’ knack for speaking truth to power (think Pharisees and Sadducees). Will the church take the opportunity to live into her prophetic tradition and live out Jesus’s values by participating in these types of movements? Is it time for some streams of the church to put the protest back in Protestant, as author and activist Shane Claiborne has said? Catholics, Protestants, Contemplatives, and Calvinists, our voices make a difference.

“Advertising is broken due to a failure of imagination” Gordon said in a recent TEDxTalk. The next time you see an ad that undermines the value of women, seize the moment and employ your prophetic imagination; wield your phone and tell the power brokers of Madison Avenue and Corporate America what you think. Why? Because changing the messages we live by, changes the world.